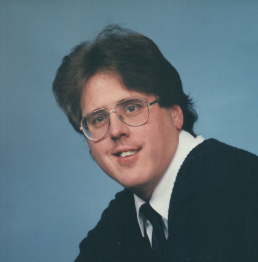 Walter Arthur Good, 56, of Louisburg passed away on March 3, 2022. He was born on November 17, 1965, in Ohio to Walter Russell Good Jr. and Betty Dale Carter who called him "Skip", a nickname given to him from his grandmother for his inability to sit still. He attended Alden Elementary until his family moved to Oregon. There he attended Brixner Jr High where he joined the wrestling team. A few years later his family settled in Colorado where he graduated from Widefield High School and years later Blair Jr College.


He is survived by his eldest daughter Brittainy Johansen whose mother, Joelle Chaplin, was his high school sweetheart and daughters Chelsea Good, Kaitlin Good, Bethany Good, and son Tyler Good, with former wife Robin Fatherly Hoogewerf as well as his only sister Candice Williams.


Walter was a US Navy Veteran who served aboard the USS Inchon LPH-12 based out of Norfolk,VA where he met and married Robin in Chesapeake, VA. They lived in Norfolk,VA before moving back to Colorado after his honorable discharge. In 2013 after the end of his nearly 22 year marriage, he relocated to Louisburg, NC to live near his children who had moved there with their mother the previous year.


Walt had many things he loved such as classic cars, Stephen King novels and films, M.A.S.H. reruns, and good BBQ, but his main loves were his only sister and his children. For over 15 years he endured dialysis so that he could spend as much time with them as possible, but his body could no longer support that desire and he was called home to be reunited with his parents in heaven.